Should I always use a VPN?

​It’s hard to go anywhere on the internet these days without running into an advertisement for a virtual private network (VPN). YouTubers and Instagram influencers alike tout the incredible benefits you’ll receive and invariably end up sharing their affiliate link or promo code.

So what’s the truth? Is using a VPN going to transform your browsing experience? Are VPNs the silver bullet for your home network security? If you’ve already purchased a subscription to a VPN should you be using it 24/7? This article will examine the benefits of using a VPN and explain when you might benefit from turning it off.

Best of all – we’re not here to sell you our favorite (and sponsored) VPN service, so keep reading to get the facts!

One of the biggest selling points of using a VPN is enhancing your online privacy. When you browse the internet without using a VPN your internet service provider (ISP) is able to keep a record of every website you visit and every video you stream.

Worse than just collecting this information, ISPs routinely sell this information to advertisers and can easily be compelled by governments to give up the data they’ve collected on you.

A VPN routes all of your traffic through encrypted remote servers, making it all but impossible for your ISP to snoop on your browsing habits. Reputable VPN companies have robust user privacy policies and either do not maintain records of customer VPN usage or anonymize the information to the point that it would be useless to advertisers or government agencies.

You might ask, if I’m a law abiding citizen what’s the big deal? I already see ads online and I’ve got nothing to hide from my government.

That’s a fair question, and if you have zero concern about your browsing habits being used to sell you stuff you don’t really need and think your government officials should have unfettered access to what you do in the privacy of your own home then this particular benefit might not sway your opinion. However, if you like the idea of being able to peacefully browse the internet without Big Brother staring over your shoulder then you really should be using a VPN!

There is another argument against this relaxed attitude towards privacy. Even assuming that your ISP and the government have zero intention of doing anything nefarious with your data, their trackers still put you at risk. All it takes is for a cyber criminal to hack your ISP and then not only does your ISP have access to all of your browsing history, but so do they!

Time and time again we’ve seen hackers target large organizations in order to steal the data they’ve accumulated. This data is then sold to the highest bidder and used for everything from blackmail and extortion to identity theft! A VPN limits the number of people who can collect your data, preventing it from accidentally falling into the wrong hands.

Even if privacy isn’t that important to you (and we suggest that it should be), VPNs have another major benefit: they give you the ability to access geo-restricted content.

First, let’s back up and answer the question: What is geo-restricted content?!

Whether you’re on YouTube, Netflix, or even a local newspaper’s site, what you see is going to depend on where you’re accessing the content from. Due to licensing agreements and the variability of international laws you will find that certain content is simply not available to you based on where you live.

One thing Americans might not realize is that the European Union has different legal requirements for websites. The “cookie agreement” message that is ubiquitous is an effort to comply with EU regulations. Some websites, instead of complying with these rules, simply prevent people in the EU from being able to access them!

VPNs let you choose to connect to a server in a different country, allowing you to access content which is normally unavailable to you. In the case of Netflix or Hulu this can mean that you’ll have access to a far wider range of movies and shows.

Did you know that your ISP can throttle your internet speed if they detect that you’re using a streaming service? They may do this to make their own competing streaming services feel quicker, or because they want to reserve bandwidth for other uses, but at the end of the day your ISPs decision making process is far from transparent!

If you don’t want your internet connection speed to be beholden to the unknowable whims of your ISP, a VPN is the answer. By routing your internet traffic through an encrypted tunnel to VPN servers your ISP is unable to detect what you’ve accessed and thus nerfs their ability to throttle you.

Stay secured and protected from any location

It’s easy to take for granted the unfettered access to information that the internet provides – but for literally billions of people the internet is actively censored by their government.

While people are usually familiar with China’s internet censorship, they may be surprised to find that commonplace websites and social media services are also blocked in:

This is ultimately only a partial list and over the past few years more and more countries have been tightening their grasp on the kind of information their citizens can access.

VPNs allow people in these countries to access information that is otherwise blocked by their national government’s firewalls. If you’re traveling abroad a VPN can help you stay in contact with friends and family as well as access commonly blocked content like PayPal, government websites, and banks. 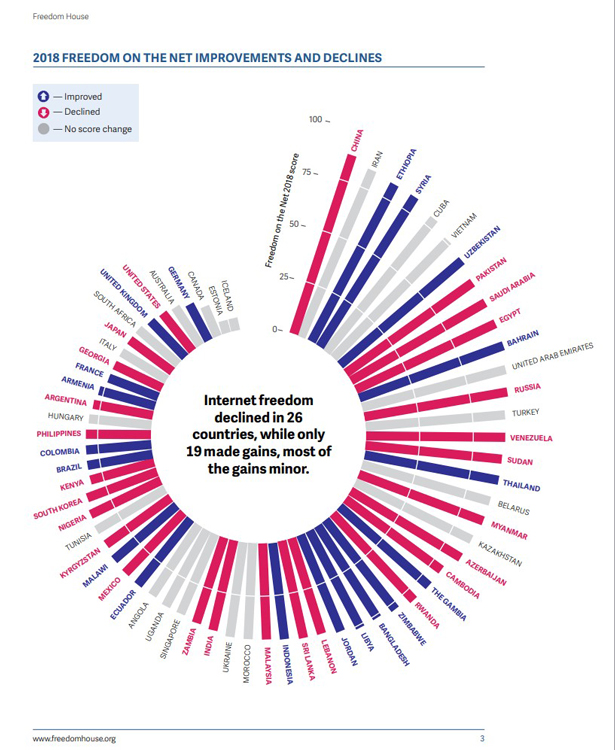 One time to always use a VPN is when you’re connected to a public Wi-Fi network. Public hotspots are super convenient for working at cafes or staying connected while traveling, but are a cybersecurity nightmare.

When you connect to one without a VPN you’re basically trusting your personal data to whomever is operating the router you’ve connected to, and it is easy for cybercriminals and hackers to intercept your sensitive information. Everything from your browsing history to your credit card information is ripe for the taking if you don’t take steps to protect it.

Because a VPN encrypts your connection, any would-be hackers will be unable to spy on your online activities.

Many of the best VPN providers offer a ‘kill-switch’ feature which will block internet connections in the event that your computer’s VPN connection fails. This is an important feature to look for because it prevents your online activity from inadvertently being made public.

Save money while shopping online

One unexpected benefit of using a VPN is that you can save money while shopping online. Many online shopping and travel websites use ‘dynamic pricing algorithms’ to set their prices.

If, for example, you check the price of a flight and then see that the price has gone up mere minutes later, it is likely that the algorithms have noticed your interest and have responded by upping the price. Without a VPN you’re left with no choice but to pay the extra premium.

However, if you have a VPN and you encounter this, simply change which VPN server that you’re connected to and try again. In many cases you’ll see that the prices have returned to the lower level! 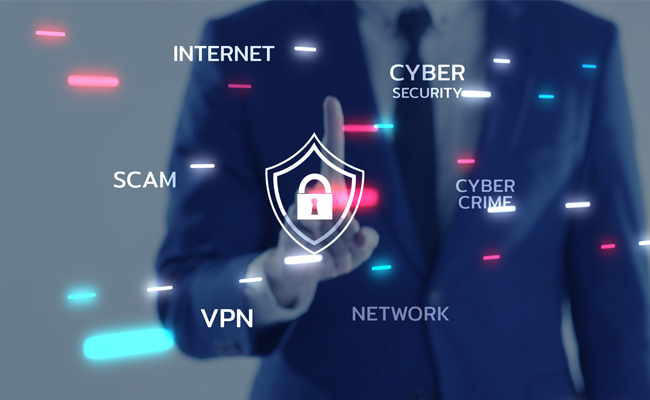 When should I turn off my VPN?

While VPNs come with myriad benefits, there are going to be a few times where disabling it will improve your internet browsing experience. Because of how VPNs work, you may notice reduced connection speeds or increased latency.

If you have a fast internet provider and have chosen a reputable VPN the effect is usually negligible, but budget VPNs and slower internet connections can add up to a browsing experience that feels reminiscent of old-school dial-up connections.

If you’re experiencing slow connections or are lagging while playing online games, disabling your VPN may be the solution. Of course, if you’re going to be shopping online, accessing your online banking, or doing anything that you’d rather be kept from prying eyes, we recommend that you re-enable your VPN.

Some VPN users have reported that certain websites reject the IP addresses associated with their VPN. This seems to be most common with banking or government websites, although in our experience this is a relatively rare problem. If you’re getting unusual error messages it may be worth connecting to a VPN server based in the country of the website you’re trying to access or even temporarily disabling your VPN.

Which VPNs should I consider?

As stated in the introduction – this article isn’t a sponsored post trying to get you to sign up for one VPN over another. There are literally hundreds of articles out there (sponsored and otherwise) extolling the virtues of each new VPN company, so it can feel overwhelming to choose between them.

The big names in the VPN business like NordVPN, SurfShark, and ExpressVPN offer fast server speeds, important features like kill switches and mobile apps, and plenty of servers around the world. For most people these three companies should prove more than adequate.

Before signing up for a VPN shop around for promotions as there are many favorable introductory rates to be had.

Not yet using a VPN? You probably should be!

The benefits of using a VPN are numerous and plans are cheap right now. Whether you’re interested in privacy, want to access more shows, are tired of your ISP throttling your streaming services, or are trying to save money shopping online, the benefits of VPNs are too significant to ignore.

While a VPN is a great step towards cyber security, there are other important measures that you need to take to stay safe online. From antivirus software to firewalls to router configurations, our home network security service keeps you safe from cyberattacks.

← 5 Things To Consider Before Making Your 2023 IT Budget
